Advertising is Wonderful… But Does it Need to be Everywhere? 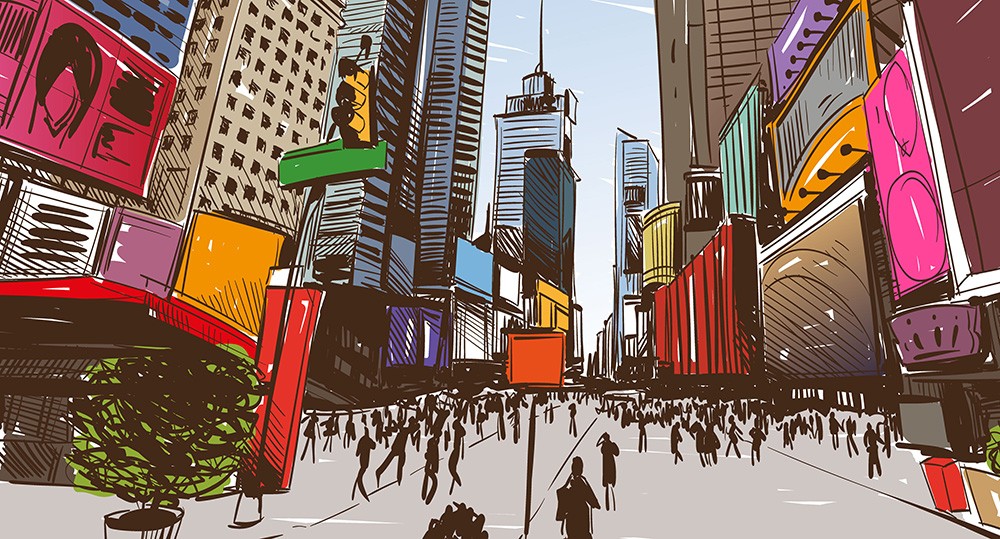 Say what you want about New Jersey, but the fact that most places in the state are within an hour or so of the ocean is pretty cool. Being from landlocked central PA, I can say that I appreciate the convenience of getting in my car, heading down the AC Expressway, and having my toes in the sand, all in the space of about an hour. A few days ago, I played hookey from work, and did exactly that. My daughter and I headed “down the shore” to take in some sun and sand before the summer comes to a close.

It was a beautiful day, and it was the first time my 3-year-old really appreciated the ocean and sand and waves. Funny thing about 3-year-olds: they notice EVERYTHING. She pointed out every seagull, beach umbrella, surfboard and ice cream cone she laid her eyes on. But those weren’t the only things she noticed.

Then there was a bus. I don’t even remember what kind of bus it was, but there was an ad on it for some sort of cosmetic dentistry.

Of course, once we got on the beach, there were beach umbrellas everywhere. Most were the red, white, and blue rental umbrellas, or just colorful umbrellas like the one we brought. But I did have to explain one that (oddly) had a Marlboro logo on it.

Then, the planes started coming. If you’ve ever been to the Jersey shore, you know that there are small planes pulling advertising banners that come around pretty frequently. Usually, these planes are advertising specific places in town, or events of that day/week. To be honest, the names we saw on the banners (which were probably restaurants or clubs) were meaningless to me. I read them to my daughter, who asked what they were - but I couldn’t tell her. But in the three hours we spent on the beach, there must have been at least six that passed over us, each time with the familiar sound that made everyone look up from what they were doing.

After our time on the sand, we headed to the boardwalk. Of course, with the restaurants and shops, you expect to see advertising. But I guess I never realized just how much advertising we are exposed to each day. From a large tote bag emblazoned with “Kennedy Hospital” to the kids on bikes with signage for a local church, I had to do a lot of reading to my daughter while we were there. Then, of course, there was the Verizon “mascot” (some puffy green thing) standing on the boards, waving. I tried to explain that to my daughter, but she only got upset that she didn’t get the chance to tickle him.

Advertising is not a bad thing. It’s my industry, and it definitely has its place. But I wonder if, with the saturation of advertising in our daily lives, are the messages actually getting through? Or has it turned into just a lot of noise?

Advertising is very much way too much everywhere.
I don't need to hear about car insurance 50 times a day.
I have been with the same insurance company for more than 10 years.
I definitely don't need to hear about prescription drugs that I can't even buy without a prescription.
It is out there way too much and I'm tired of seeing it everywhere all the time I purposely do not buy things just because they advertise them too much!!!

« Blogging for Your Business