Are we heading for an all Facebook & Wordpress world? 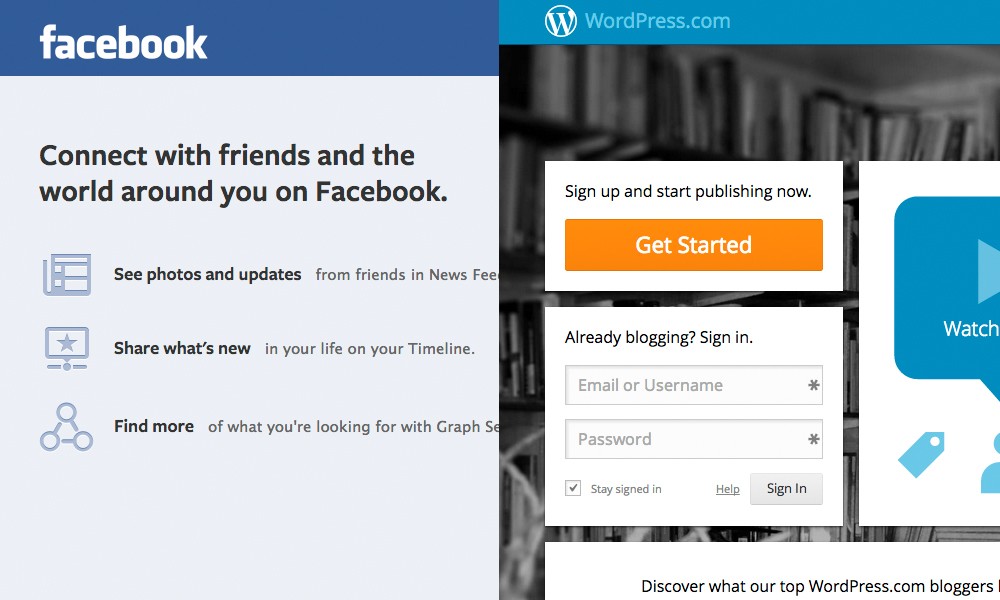 Most people and businesses you talk to today have a Facebook account or page. It’s certainly pervasive. With slightly over seven billion people in the world, just over one billion have Facebook accounts. And nearly a half a billion log-in daily. That’s impressive.

This means a full 14% of the world’s population has used Facebook and that around 7% use it daily. And I would argue for a large portion of these daily users - Facebook is the internet. Facebook made sharing photos, videos, and updates easy for millions to billions.

Now Examine the other half of the internet - those folks creating websites. For those creating websites an astonishing 19% are using WordPress to run their sites. This is a mind boggling statistic. If you compare this to Drupal (another widely used open source solution) you’ll find Drupal runs about 5% of sites worldwide. That’s a fairly distant second place.

Consider this, 33% of the web is either Facebook or Wordpress - and it’s growing

That figure is simply astonishing. Sure, you could argue that the two stats are somewhat in conflict - since Facebook is a closed social network and Wordpress is a content management system (CMS) for those who want to create and manage their own websites. But each platform is growing and impacts the web community at large.

The sheer influence each holds is amazing.

I’m sure I’m not alone when I describe a typical client interaction - they’re focused on building a Facebook following, gaining natural listing in Google search, and more often than not mention Wordpress in conversation. Even the least technically literate have mentioned Wordpress when we discuss web projects. And I often find myself arguing, while Wordpress is a great solution, it’s not the optimum one for their particular needs. Though even I’ll admit it is increasing in its capabilities natively and through plugins at an amazing speed.

Which brings me back to the title of my article - are we heading for a Facebook and Wordpress world? Where your site is running Wordpress and you spend a lot of time sharing things out on Facebook.

Wordpress will survive and probably thrive

Well, if Wordpress continues to improve and grow, we just might see it approach 50% of the web. Though technology is such a fickle thing, so foretelling the future is certainly risky. But it’s open source origins, ease-of-use, mobile and web friendliness, and robust developer community make a compelling argument for its continued dominance. And the developers of Wordpress show no signs of resting on their laurels.

On the other hand, I doubt my 4 year old will experience Facebook when she’s older

Facebook, I’m not so sure about. The lifecycle of its popularity and its need for an ever expanding user base seem to be its Achilles heel. Multiply this with its need to create profits from its network based on ads – which has Facebook artificially reducing the reach of what users share – seems to be the antitheses of a social network. I think the combination of all these factors will eventually erode the Facebook experience.

Already you hear murmurs that younger audiences are growing weary of Facebook. And they’ve reacted by spending insane amounts on newer technologies to try to keep the kiddies in the corral. But in the long term, I don’t think buying other companies will work out well. I’m definitely less enthusiastic about Facebook’s future. No I’m not predicting its immediate collapse - but the era of it’s dominance may be far shorter than many expect.

I’ll admit, my crystal ball is a bit murky on the future for both. In web tech you really never know what will be the next paradigm. But if I had to bet, I’d lay my money on Wordpress’ longevity and Facebook’s brevity. What do you think?

33% of the internet is using either Facebook or Wordpress - that's an amazing figure.

« Do I need a box for my new product?

My contact left the company. What do I do now? »