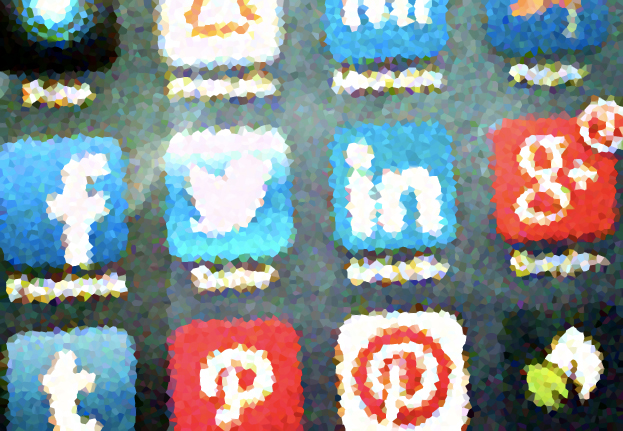 By default the nature of the web has always been open and sharing oriented. From its inception it was designed to be not only redundant but fairly indiscriminate and inherently trusting. Even with all it’s early flaws the web’s openness helped it to grow and thrive - even if we did (and still do) have to tolerate a lot of spam.

Foibles and weaknesses aside, the first decade or so was truly revolutionary when it came to sharing and spreading information. And while it took a while to work out the kinks, eventually the ability to create your own space and cultivate a fan base became fairly democratic. But more importantly it was still wide open - if you could be found.

Being discovered became a lot easier once search engines appeared. From alta vista to yahoo thru to lycos and finally google (and others) today - they started to corral the wild content strewn about the net. The web became conveniently searchable, and folks started to discovered lots of interesting websites, blogs, and stuff. Then web users realized they could speed the process by sharing links to each other’s sites - and link networks sprouted. Again, open sharing and linking helped grow the web faster.

Fast forward; and the rise of social

Even though the tools to create, author, and share things online already existed - it was still too cumbersome for many. So the next evolution was the development of social sites. Where you created a profile, carved out your space, and linked to friends who could then see what you were sharing. It helped create networks with similar interests and made it simple for everyone to take part in the web.

But then a funny thing happened....

With the rise of Friendster, MySpace, Facebook, Twitter, Linkedin, Google+, and many more - a strange side effect occurred. Unlike the precursors to social (e.g., Geocities) which were still open and searchable, today’s web comes with a tradeoff, you’re information is silo’d inside whichever social network you choose to join. Sure, on many you can cross post your content and you can make everything you share available to the public (though few do) - but for the most part you’re inside their walls. Content inside the network is seldom searchable by search engines outside it and so it remains locked up, in a silo.

And while some users will maintain multiple accounts on the various social networks, usually, they’ll favor one and spend most of their time there. They might configure cross posting if it’s available but most people just participate in their favorite network. And worse, should someone desire or decide to switch networks, it’s exceedingly hard to export your contacts (i.e., friends and lists), let alone take your old content. By design, social networks actively attempt to lock you in - it’s in their best interest to do so. But it’s decidedly non-social if you ask me.

Isolation is counter to the founding principals of the internet - where content leans towards being open and free. Fortunately, it appears the initial fascination and love affair with social may be waning. Not that social will disappear - but my gut tells me that eventually the information locked up in each will dribble out.

Even early adopters can only have a little over six years of content, status updates, photos and videos locked up in one more more social networks. But nothing lasts forever, and eventually consolidation will occur in some form, even with social. Likewise, other networks will fade away - and the contents held within them will migrate out or disappear.

A good example is Posterous, which was acquired by Twitter a while back. The service recently shuttered - but before closing - it provided an export dump of your content. Services, methods, and other platforms offered to transfer/import your content. I even migrated my information from Posterous to a self-hosted Wordpress blog. So now my previously silo’d information is public, searchable, and open.

Something will eventually give

Even if social networks don’t merge or close there will still be a pressure to make them more open. As people tire of one and begin to want to move to another, tools or services to facilitate moving between networks will appear. Or pressure from users will grow to make their data more accessible and searchable (so it can be more widely found). It’s just inevitable - especially as many of these networks go public and seek profitability and begin to inject ads and more. Users will demand something in return, like more openness or data portability - or they’ll leave and be social elsewhere.

« So you want to use a template instead of original design?

Get your site working on mobile damn it! »