Gatorade’s Rebranding: the good, the bad, the not-so-ugly 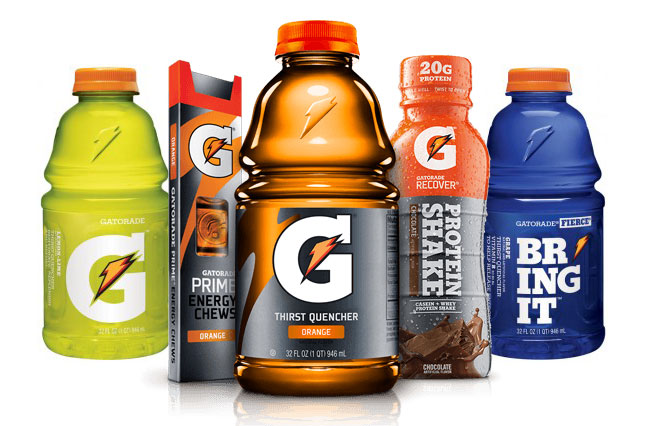 While I’m a fan of Gatorade’s new edgier positioning, which should help it recapture or retain market share among a younger audience, I believe the seeming abandonment of the Gatorade brand name is a mistake. Now to be fair, the drink still carries the Gatorade name, it’s just been severely subdued, replaced in prominence with its new moniker “G”. This is even more prominent in their advertising where the simple stylized “G” is all that’s shown.

The more aggressive, hip, repositioning of the brand is an obvious attempt to curtail or slow defection to newer competitors. Even though Gatorade still commands over an 80% share of the market, it’s certainly felt the heat from new entries in recent years. The most likely concern is its stagnant growth among new users (about 0.4%*). Hence, the new approach to appeal to a more youthful audience.

And while I admire their new advertising, they seem to have cut off their nose to spite their face. The abandonment of the Gatorade brand identity seems short-sighted. Introduced with some teaser ads intended to build excitement - they instead lead to bewilderment and confusion. What’s “G”? Well, most of us didn’t know, and when we did find out, we weren’t sure if it was the same as Gatorade.

The aggressive rebranding may connect with new buyers…but will it be at the expense of traditional Gatorade drinkers - a typically strong and growing segment for Gatorade? I’ll admit, when I walked down the supermarket aisle, I found myself asking, “what’s ‘G’?” but it wasn’t in an interested manner - it was in a confused, bewildered way. Sure, it then dawned on me, upon closer examination that G was Gatorade, but in that moment of confusion, Gatorade risks losing share as confused customers choose something else they’re familiar with.

So the question is why the rebranding and repositioning also deemed it necessary to abandon the familiar Gatorade logo and name - which since the 1960’s has become synonymous with sports/energy drinks. It’s a move I think they’ll reconsider in the future as the contrived “coolness” factor fades and customers continue to look for Gatorade instead of “G”.

Now to be fair, I think the edgier voiceover by Lil Wayne, and the introduction of a broader range of “athletes” such as Jabbawockeez and Usain Bolt, will help to invigorate the brand and make it more relatable to a youthful customer. Especially if the brand appeal had been slipping in drinkers under 18. The adopting of new, fresher faces in a broader spectrum of sports and entertainment is an excellent idea and could recapture the cool factor that may have been waning. Tiger Woods, Mia Hamm, and Michael Jordon are definitely superstars whose appeal among younger audiences may be losing influence.

I also like the renaming of the products with bold statements such as “No Excuses” and “Be Tough” though I’ll admit I’m not convinced the broken, stacked type is the friendliest read. But I can overlook that as my personal bias to clean type. But I sincerely hope they reconsider the “G” thing and decide to quickly return to having the Gatorade brand name front and center ñ in fact, I’m willing to go out on a limb and predict it.