It’s not always an infographic; sometimes it’s just a chart 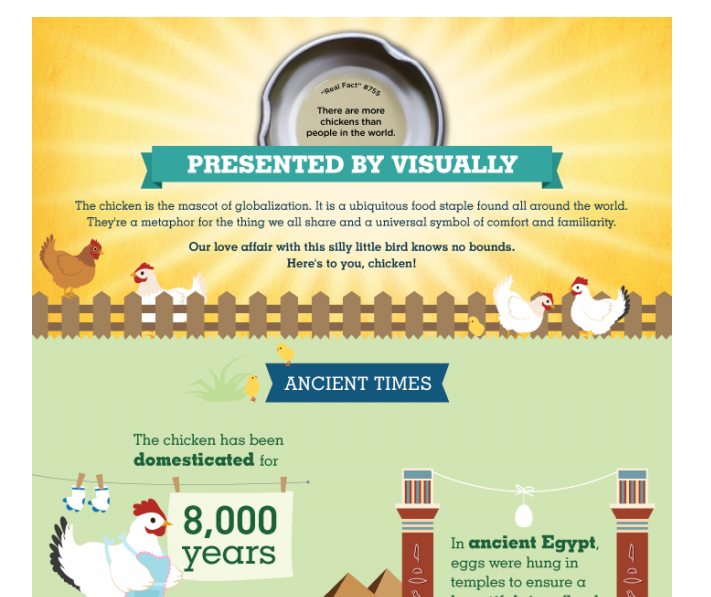 We’re asked all the time to “make this an infographic.” It’s amusing at times - because sometimes data is really best illustrated with a simple graph or chart. In fact, adding visual elements would only sabotage the legibility. So we have to strike a delicate balance even though we know… sometimes it’s not an infographic; it’s simply a chart.

What they’re really saying: “make this look better than my PowerPoint graph”

We understand, telling us to make something into an infographic is really “code” for directing us to make it look better. To turn the dull chart or pie graph into something more visually compelling. And we get that… we add dimension, 3D effects, shadows, transparency, and deal with color more deftly than simple PowerPoint charts. But it’s atypical we go full-on infographic with most things.

So what is an infographic?

Well truthfully, even simple charts and graphs are infographics. Simply converting facts, figures, or complex ideas into a visual graphic is by definition an infographic.

def. a visual image such as a chart or diagram used to represent information or data. "a good infographic is worth a thousand words"

Infographics have been around for a long time. Transit diagrams or visual maps showing “you are here” are familiar infographics. But the internet and the explosion of stunning visual graphics that communicate all sorts of information has raised the bar. And what people expect from an infographic - and their definition of what one should look like - has been heavily influenced.

We’re not upset or annoyed when we’re told to make this an infographic… because we understand what’s really being said. But still, we do find it amusing that every chart and graph we’re given - that directive is usually included too. So we get to work and do our best impersonation of a full-fledged infographic. But usually we just make beautiful charts and graphs. Though on the rare occasion the data or concept we’re communicating does benefit from creating a true infographic - and then we do a great job too.

« What flavor is your business?

Engaging with Influencers is a critical part of any marketing plan »