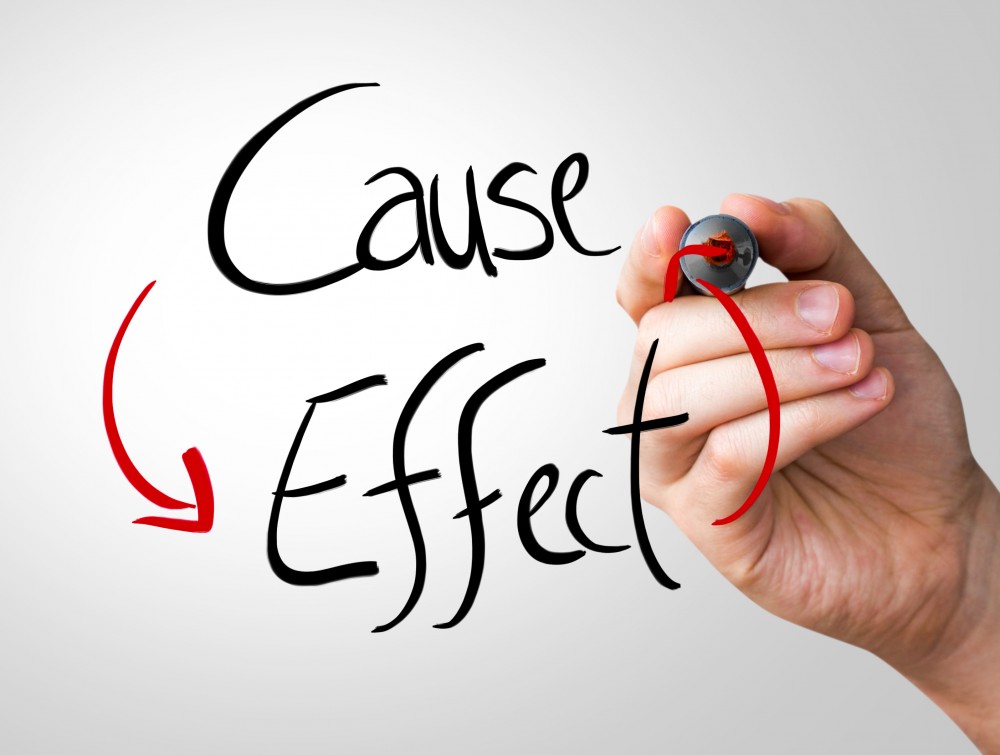 Translated from Latin “after this, therefore because of this” - it’s a logical fallacy. Often abbreviated as simply Post Hoc it’s the assumption that an event preceding a second event must have caused the second. That is, event A happened, then event B happened, therefore A caused B.

Assuming a second event was attributable to a prior event is a common mistake. However, unless a specific sequence of events has been configured to elicit a desired outcome - then A causing B is rarely the case.

In most cases, this simple fallacy has no consequences. For instance, when after you struggle to open a pickle jar, your friend steps in and opens it; causing you to declare, “I loosened it.” Your event A (the initial struggle) and event B (your friend successfully opening the pickles) followed each other – but A most likely had no bearing on B. And your logical-fallacy-based repartee has no consequences. But drawing the same incorrect conclusion in business – and specifically in marketing – can lead to disastrous results.

When it comes to marketing, concluding that A caused B without verified proof can cost you dearly. It might lead you down the wrong path, find you spending copious amounts with little return, and waste time, effort, and money. Remain objective and modestly skeptical when evaluating the cause of events - either good or bad. Don’t make decisions on faulty assumptions.

Ensure your marketing activities are trackable and measurable.

Make sure you plan your marketing activities and outline what the desired outcome is and how success will be measured, so you can track and measure accordingly. So you’ll know that A actually did cause B. This can mean adding a custom URL to ads to track activity back to the publication - or doing the same for phone numbers. It’ll likely translate into custom landing pages for both online and offline ads.

But more importantly, you also need to put in place methods for measuring activity caused by marketing programs. For instance, you might do a coupon mailer that simply states “bring in the mailer and get 10% off.” But how will you track and measure this success? Will you collect and count the coupons? Does your POS enable you to scan barcodes printed on the coupon? Or to key in what was redeemed during a sale? This will allow you to correlate your event A with event B and determine an overall ROI. It will also allow you to track the effectiveness of particular offers or marketing initiatives over time.

Don’t rely on a logical fallacy when marketing your business. Instead, make sure each activity you do has a definition of success and a method to track it’s effectiveness. Or I can predict that post hoc... fallacy-based decisions will lead to business failure.

Fallacies: Post Hoc Ergo Propter Hoc: In this video, Paul explains the post-hoc-ergo-propter-hoc fallacy. This is an informal fallacy committed when a person reasons that because one event happened after another event, the first event caused the second. He also discusses why it is sometimes hasty to conclude that your cat scratch caused your fever.