If you watch the news or read the newspapers, one of the major topics of discussion lately is President Obamaís new health care plan. What does it entail? Where is the government getting the money to fund such a program? What are the pros and cons of a national health care plan? According to the president, our current health care system is creating rising costs. The new system will reduce costs, provide health care options for all Americans, control Medicaid costs, and require large companies to contribute to and employee’s health care coverage. Basically, the program ensures that all Americans have some sort of health care coverage in addition to giving those who already have coverage more security.

After briefly listening to the presidentís news conference last night, I felt I should educate myself as to the pros and cons of his health care proposal. While searching the web, I came across an amusing link. Rep. John Boehner, a republican from Ohio unveiled a disastrous flowchart describing the new health care plan. Last I heard, a designerís main goal is to take an array of information and create a visually appealing piece in addition to making it coherent to the public. This piece is an information design nightmare! Go ahead, see if you can follow just one of the many different colored lines. Youíll get dizzy trying to figure out what goes where! Donít even bother trying to make sense of the piece. Youíll have better luck keeping down airplane food. 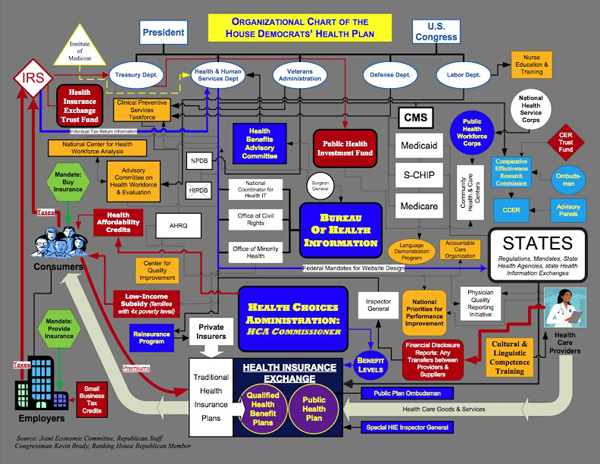 Thankfully, Robert Palmer, a fellow graphic designer, took it upon himself to redesign the flowchart in a more organized, well-designed fashion. Below is his version of the flowchart. 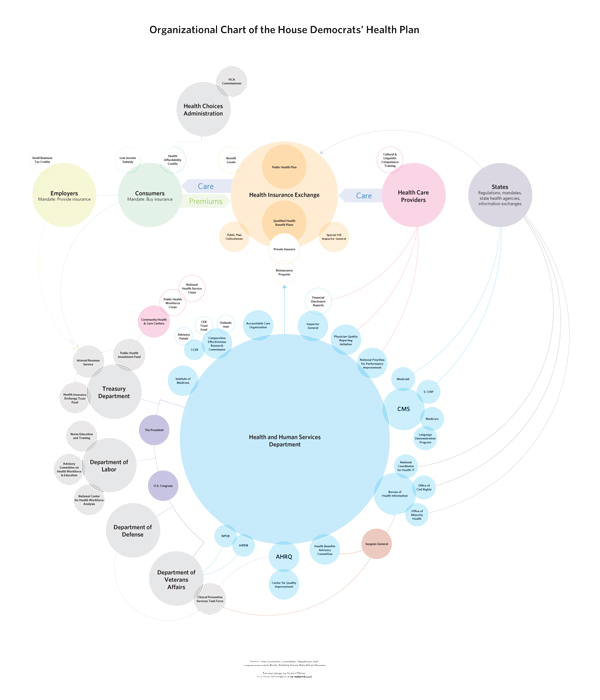 Much better right? Robertís layout is clean and professional. I can actually follow the lines and understand what goes where. What a concept! This is a designerís main goal. Create a piece thatís visually appealing in addition to displaying information in an understandable way to the general public. Congrats Robert! You did a great job.

« Free Hospitality for Being Creative?