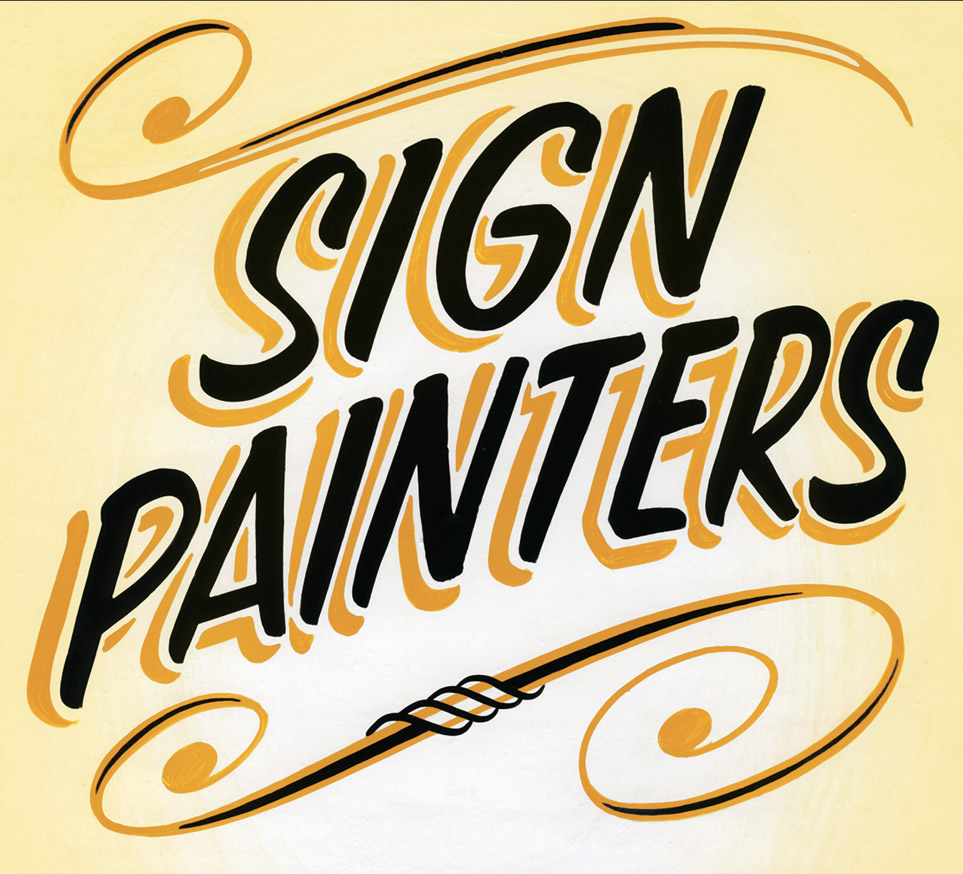 I doubt anyone would argue that hand lettering is an art all on its own.  Recently there seems to be a resurgence of hand lettering art.  Old hand painted signs are now considered art pieces instead of advertising.  Why?  Because they are simply unique and beautiful and with age the patina only enhances their appeal.

Hand painted signs are not as old as you may think.  Before the advent of computers and graphics programs people still relied on skilled artists to paint signs on storefront windows, the sides of buildings, automobiles and more. This means that until somewhere in the 80s if you wanted a sign you called a sign painter.

The industry took a hit when computers began a process of being able to print lettering on a plotter that allowed Vinyl lettering to take over. This process promised cheaper and faster results, however they quality and uniqueness that each artist placed on the lettering was no longer there. Some would say the soul of the lettering was missing from these new sign types. I’m inclined to agree, and i think that is why now around 40 years later we have a desire to return to a hand lettering type style.

In March of 2013 a documentary film called “Sign Painters” began having screenings across the country. Filmmakers Faythe Levine and Sam Macon documented some of the remaining practitioners of the sign painting industry. I can’t wait to see it so I can be inspired by these time tested artists and their craft.

How to create a simple small business marketing plan »