What makes a reasonable person pay $25 for “mouse ears”? 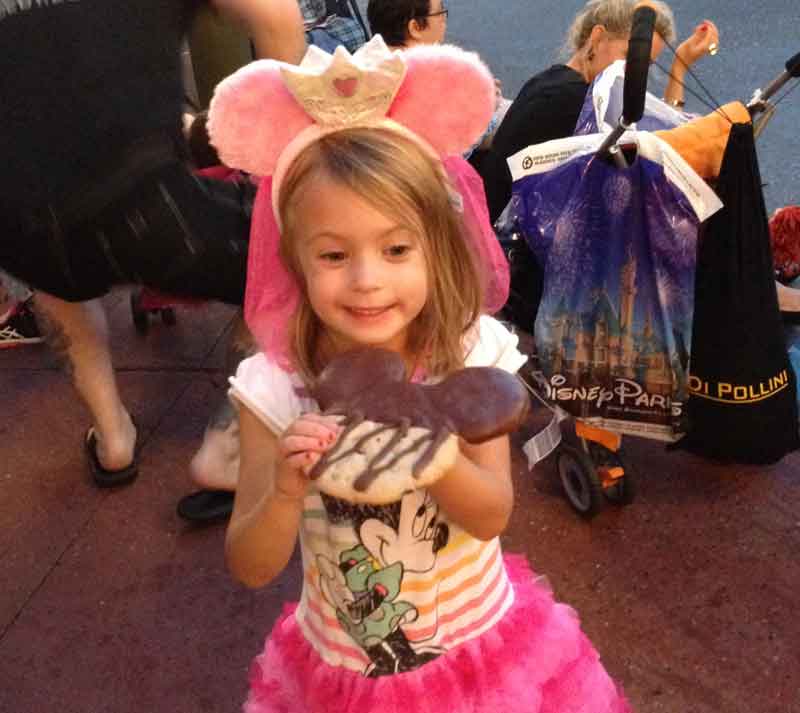 My family just got back from a short vacation to Orlando. Of course, that vacation included a few days in Disney World. After all, with all due respect to Orlando residents, if you’re not visiting Disney World, there’s not much reason to travel to Orlando.

I love Disney World. And I’ve only been there four times in my life. Once, when I was a kid (about 10 years old), once with my husband several years ago, and now twice with my daughter (and my husband, too). The first time we took our daughter, we made it onto four rides in the Magic Kingdom, then she fell asleep. But this time, we squeezed every minute we could out of our Disney experience, and I hope she’s old enough to remember our time there. If not, there are plenty of photos.

Working in the marketing and advertising industry, it’s almost impossible to ignore just how great Disney is at marketing. Admittedly, I didn’t really think about their marketing while we were there – I was too caught up in the Disney “Magic.” And that’s exactly the way they want it.

It’s hard to imagine another brand that taps into our collective emotions more than Disney. While we were in the Magic Kingdom, we saw families with newborn babies, and we saw very elderly couples. All of these people were just enjoying themselves – making memories at Disney World.

Back in the “real world” away from the Disney Magic, I thought about our adventure, and tried to view it realistically, and not through “Mickey Mouse-colored glasses.” We went on a lot of rides, as that’s what my daughter loves. Were any of those rides really “better” than any other amusement park ride we’ve ever been on? No, not really. But they’re Disney, and that means they invoke memories of some of our favorite characters and songs. And the attention to detail on all of the rides – and even the waiting areas to get to the rides – is part of what makes the Disney experience unparalleled.

When it comes to branding, it’s an understatement to say that Disney does it right. The mouse ears are everywhere, from the ice cream to the waffles to the stonework... you can’t miss the mouse ears. And even the signage for the area that was under construction while we were there was classic Disney: There were “wanted” posters of some of the classic Disney villains on the barriers, and everything was so “clean” given that it was a construction area.

Being in Disney World is truly an experience, and I’ve actually never heard anyone complain about their vacation there – other than some grumbling about price because, for all the wonderful-ness that is Disney World, none of it comes cheap.

There is no shortage of Disney Magic to be found, and even the most rational and reasonable person can find themselves caught up in it. Take me, for example. I’m pretty frugal about a lot of things, and I try to make sure I get good value for my hard-earned money. So, while we were on vacation, I really tried to make sure we made good decisions. In fact, I had to stop at a CVS store in Orlando while we were there, and I saw aisles upon aisles of Disney-themed merchandise. It was all licensed (at least as far as I could tell), and there were signs everywhere advertising that you should “buy it here, because it’s more expensive inside the park.”

But did I buy our souvenirs at the CVS? No, I paid $25 for my kid’s princess mouse ears inside Disney World simply because they were from Disney World. After all, what’s magical about CVS?

Disney’s marketing strategy comes down to emotions. Pretty much everyone living in the US right now has grown up with exposure to Disney movies; the characters, the stories, the songs. It’s a part of childhood – and a part of adulthood. Disney spans generations, and the memories and emotions associated with their movies, songs, rides, etc. are what keep people coming back. These emotions are what compel families to take “family reunion trips” to Disney World (I saw at least three while I was there). They’re why people get engaged on Main Street USA (saw one of them while I was there as well). People have birthdays, weddings, anniversaries, and all other manner of milestones at what would otherwise be simply an amusement park in Orlando, Florida. But, it’s not; it’s Disney. And that’s what makes it magical.

Well, I can't speak for everyone... but what makes me pay crazy amounts for mouse ears is the cute little girl who's asking for it. Yup, she's got daddy wrapped around her finger.... I'll admit it.

Oh, and yeah, then there's that Disney branding and marketing machine....

« ​How marketing automation is transforming the agency client relationship