When customer service fails via email, it often “goes social” 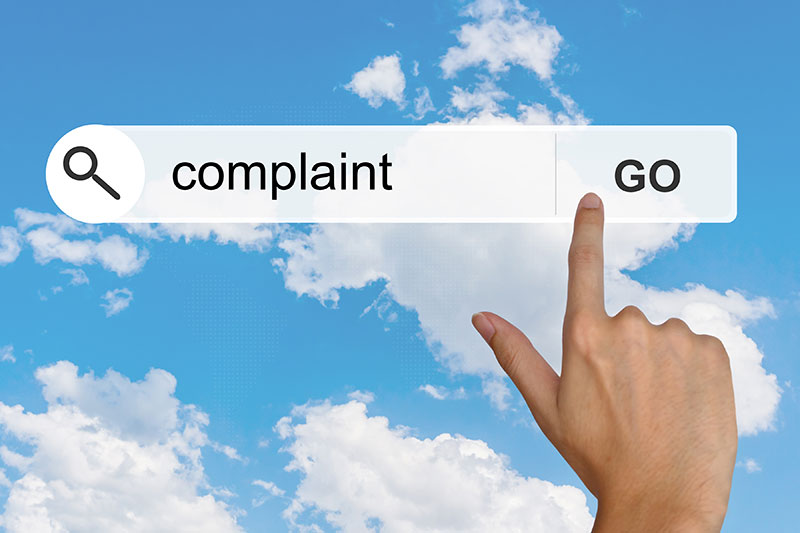 Most of us when faced with sub-par customer service, simply ignore it. Unless the offense is egregious, we often choose to let it go. After all, perhaps it was a simple oversight, or just an honest mistake.

But when poor customer service is not reported by the customer, the company may not realize there’s a problem. By the time a company becomes aware of a specific customer service issue, it may be too late to reverse the damage. Successful businesses solicit and address feedback from their customers – looking for ways to make their service or product better.

A good company responds to customer concerns and complaints

There will always be people who complain just for the sake of complaining. Even worse, some consistently complain in the hopes of getting something for free. While these people exist, it’s still important for businesses to address each and every customer service concern they receive – even if they may not be legitimate.

What happens when a company ignores customer complaints

Several things can happen if a company fails to address customer complaints. Maybe the complaint wasn’t valid, and the “complainer” just lets it go, accepting the fact that he/she isn’t going to get a few freebies.

Or maybe the complaint was valid, but the person who complained simply isn’t interested in pursuing it, and just forgets about it.

But, there’s a scenario becoming more common; and it should motivate businesses and their customer service departments to address any and all issues that come to their attention: the social media-savvy customer whose dissatisfaction runs deep.

Many years ago – after the internet became big, but before social media – I had a bad experience at a restaurant. I discussed the issue with the manager, and followed up with an email to the restaurant’s corporate headquarters. I received a very nice letter, a gift card for an upcoming visit (so they would have the opportunity to “redeem themselves.”), and various restaurant “swag” (t-shirt, pen, etc.) The freebies were nice, but I was just happy they acknowledged my complaint.

Flash forward to a more recent encounter, where I had an unpleasant experience at a mall “fast food” place. I first tried to get satisfaction from the employees – who either didn’t want to make things right, or weren’t empowered to do so. That evening I emailed the company – through their online contact form. A few weeks passed, and I never heard from them.

Was my experience horrible? No. In fact, if the employees had simply refunded my money or replaced the drinks that were bad, I would have been satisfied. Knowing that some employees aren’t given the latitude to give refunds/replacements, I took my complaint to the next level and emailed the company.

However, after receiving no response from the company, I opted to reach out to the company via their social media channels. Finally, I got a response. But why did it take a public “shaming” to get a response?

While it may not be possible to monitor mail, emails, and social media accounts 24/7, it should be a priority. It only takes a short while for someone to escalate a problem – and share their complaints with everyone they know (and plenty of people they don’t know.) A dissatisfied customer may be less likely to broadcast their dissatisfaction if they feel their concerns are heard and are being addressed.

Airing complaints via social media shouldn’t be the first step

Just as I encourage all businesses to address complaints in a professional and timely manner, I encourage customers to give businesses a chance to correct any problems in person or via email before sharing their grievances via social media. No matter how well a business is run, or what procedures are put in place for excellent service, almost every business has a glitch or an off day once in a while.

However, if you have a legitimate concern or complaint – and the traditional face to face or email isn’t doing the trick – contacting a company via social media almost always gets a response.

It's unfortunate that emails or personal interactions can find you being ignored - and that it often takes a public shaming on social media to achieve action. It shouldn't be like that.

Keep control of your domain, site, online identities, and log-ins »